Pasta has become a gradually common sight on restaurant menus in the United States, but the Italians’ affection towards the Italian pasta cannot be denied. This love affair has a long and passionate history although, pasta is usually served in small portions as the first appetizer in Italy, it’s estimated that Italian eat over 60 kg (60 lb) of pasta per person, per year easily.As pasta is a huge source of proteins, especially due to the presence of seafood, meat sauce so, past a is getting famous in North America as well. Many of the restaurants in North America are now serving pasta as the main course. It is a form of complex carbohydrate which releases all the goodness slowly, and you feel satisfied for a long time after having a meal with it. The popularity of this food has become so high that there are many manufacturers of it outside of Italy and spread worldwide.

Pasta is basically a simple product one can make at home with some skill that requires accomplishing the task but in order to attain perfect proportions and satisfactory results mostly people prefer to purchase these products in the form of dried or frozen stuffed pasta as it seems much simpler to make.

Pasta is a versatile food, and you can cook it according to your flavor of choice. You can find plenty of dishes you can make with Italian Pasta, it tastes good, and it’s filling such as Italian pasta with beef soup, Pasta salad, Orecchiette Pasta with broccoli, Wheat pasta with parmesan, Ditalini, Cannelloni and many more. The basic step of pasta includes plenty of water (four quarts) for one lb of pasta. First, boil the pasta with addition to a pinch of salt. Then cook pasta al dente (to the bite) following instructions on the package.A sauce to go with it can be made from simple ingredients. Some common pasta sauces are pesto di Basilico Genovese, ragu, butter, tomato and basil, puttanesca, primavera, all’ Alfredo, carbonara, vongole, tomato-based sauces and more.

Most pasta is called spaghetti outside of Italy, but there are actually 600 different types and shapes and each region, and they all cook it differently.

The simplest and satisfying recipe of it involves the following steps:

Heat the oil in a large saucepan on medium heat. Add the onions, ½ tsp salt, and pepper and give it a good stir until the onion becomes light brown, add garlic and stir for a minute.

Now add chicken broth approximately 6 cups along with pasta and bring it to a boil. Let the pasta become tender on low heat; it will take 8-10 minutes.

Stir the vegetables (of your choice), cook and cover 5-8 minutes with pasta.Turn off the burner and stir it with parsley. Serve with the Parmesan.

Among many types of buy tagliatelle pasta, there is one named gluten-free, vegan gnocchi. It is also a healthier choice, and people love using it because it’s vegan, egg-free, gluten-free, protein-rich, healthy, and easy to make at home.

You have tocook the gnocchi in salted water for about 2-4 minutes (or until they float on top of the water). You can serve them immediately (however, they will still be a bit soft at first) or you can only fry them in a pan with a little bit oil until they are golden brown and crispy.

Pasta is a cheap, versatile, and basic food that can be flavored according to your imagination and mood. A skilled cook can whip up the pasta with a few well-chosen ingredients, including pasta for dessert flavored which has increasingly become popular now days topped with cream and vanilla or even a chocolate sauce.There will be many delicious dishes, but no one can compare the big bowl of pasta.

The most common administrators of saliva drug testing or oral fluid devices are Human Resource departments and occupational safety officers. Insurance agencies may also use saliva drug tests in order to provide quotes. To screen for drugs in circumstances where a restroom is not available, most members of law enforcement will use saliva testing.

How to pass a mouth swab drug test

Across the years there have been many examples of individuals who have tried to cheat an oral fluid drug test. Some examples include excessively rinsing their mouth with antiseptic mouthwash, eating Altoids® mints, chewing ice, using products that claim to clean or “neutralize saliva,” or drinking excessive amounts of water. Other individuals have also tried brushing their teeth, cheeks, and tongue. One attempt from an individual reported them using fish aquarium cleaner to wash their mouth. All these attempts to beat an oral fluid drug test  were  unsuccessful because of the accuracy of oral fluid drug tests.

Saliva drug testing has the ability to detect drug use within the first few hours and in some cases, it can detect a  positive result immediately after usage. This helps with speed of results and dosage monitoring for early detection.

The saliva drug test or mouth swab test is highly effective when it comes to detecting recent drug abuse. Businesses wishing to obtain reliable results instantly and require rapid drug testing typically opt for saliva drug tests. This oral fluid collection is administered under supervised observation in order to prevent adulterated drug test results. The maximum drug detection time in the saliva drug test can be as short as 12-24 hours after intoxication, depending on the drug. Oral drug tests are highly accurate when identifying recent substance abuse, since saliva specimens contain a high percentage of the parent drug. Saliva drug tests are commonly performed across many industries because of their speed and accuracy of results.

What Drugs Will Be Detected? 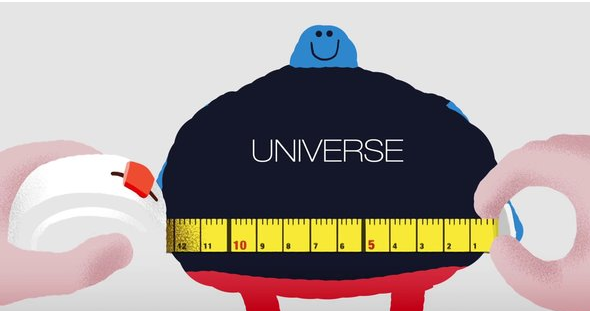